Lawrence Gipe
One Picture and the Next Three (2007)
Installation view; Alexander Gray Associates

Lawrence Gipe
One Picture and the Next Three (2007)
Installation view; Alexander Gray Associates 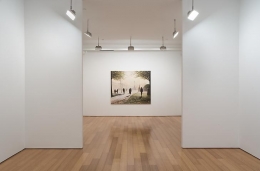 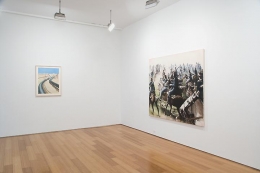 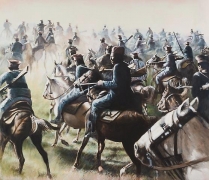 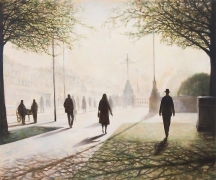 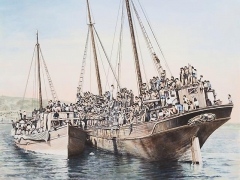 In One Picture and the Next Three, Lawrence Gipe re-represented four archival photographic images as oil paintings, continuing his strategy of severing historical images from their original, politically-charged contexts. The "Next Three” paintings are sourced from a compilation of photographs by David Douglas Duncan called Yankee Nomad. Famous for his association of Picasso in the 50’s, Duncan’s lesser-known journalistic corpus for Life magazine from 1945 – 1949 was a sweeping document of Europe, the Middle East and Indonesia in transition just after World War Two; in the narrative sections of Yankee Nomad, Duncan casts himself as a jaunty American witnessing the final gasps of the old British and French colonial powers dissolving while the United States simultaneously prepares to step into the role of dominant world power.