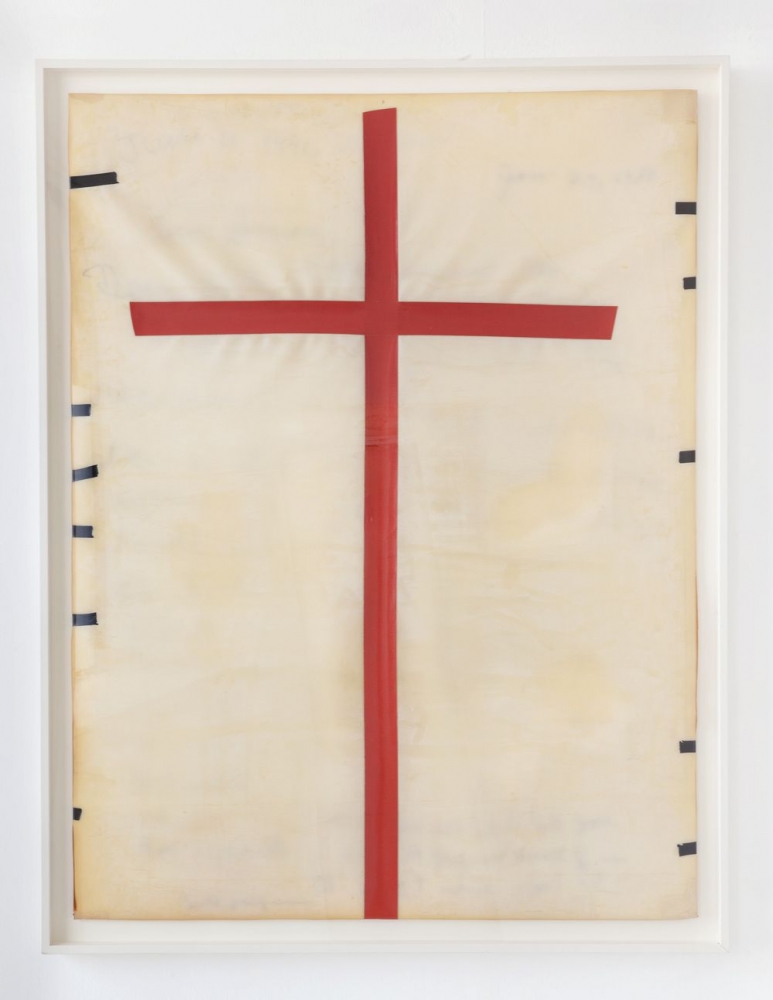 Press Release
Pierogi is proud to present “Under Erasure,” an exhibition curated by Heather and Raphael Rubinstein. The exhibition will include works by 81 contributors, including visual artists, writers, and collaborative teams. Spanning the 1960s to the present, the exhibition features paintings, drawings, prints, agit-prop posters, books, manuscripts, and video, and is accompanied by an online catalog at under-erasure.com and a print publication, Under Erasure, published by Nonprofessional Experiments.

Taking its title from Jacques Derrida’s concept of “under erasure,” the exhibition will include both visual artists and contemporary writers whose works feature different forms of erasure. For Derrida (as for Heidegger before him) to put a word under erasure (sous rature) is to signal the inadequacy of inherited language while also recognizing its inevitability. Since Derrida introduced the concept of under erasure in his 1967 book Of Grammatology, this emphatically visual act of intervention has become an indispensable technique in diverse disciplines.

Many of the works included in the exhibition, by artists such as Jenny Holzer and Glenn Ligon, utilize erasure and redaction to emphasize the political dimension of language, its coercive effects, its role in surveillance, as well as its capacity to make visible what has been marginalized, or at least register the trace of that marginalization. Urgent issues are addressed by works such as Ariana Boussard-Reifel’s excised white-supremacist tract, a Guerrilla Girls poster skewering the Trump Administration’s efforts to turn back social progress, and art critic Jerry Saltz’s performance-protests against climate change deniers. Included are publications and working manuscripts by innovative writers such as Jen Bervin, M. NourbeSe Philip, and other practitioners of Erasure Poetry, a literary mode that has gained popularity in recent years. At the same time, the show looks at how the partially erased word or name has been crucial to a certain style of painting, from Antoni Tàpies to Charline von Heyl and David Scher. The act of putting language under erasure—foregrounding its materiality—is a zone where painterly calligraphy and conceptual wordplay converse with each other. Another important aspect of the exhibition is its presentation of poets and experimental writers alongside visual artists, recognizing the increasing intermingling of art and literary practices. On exhibit will be works by pioneers of erasurist strategies rarely seen in New York such as Emilio Isgrò and Doris Cross, as well as works by numerous younger artists.