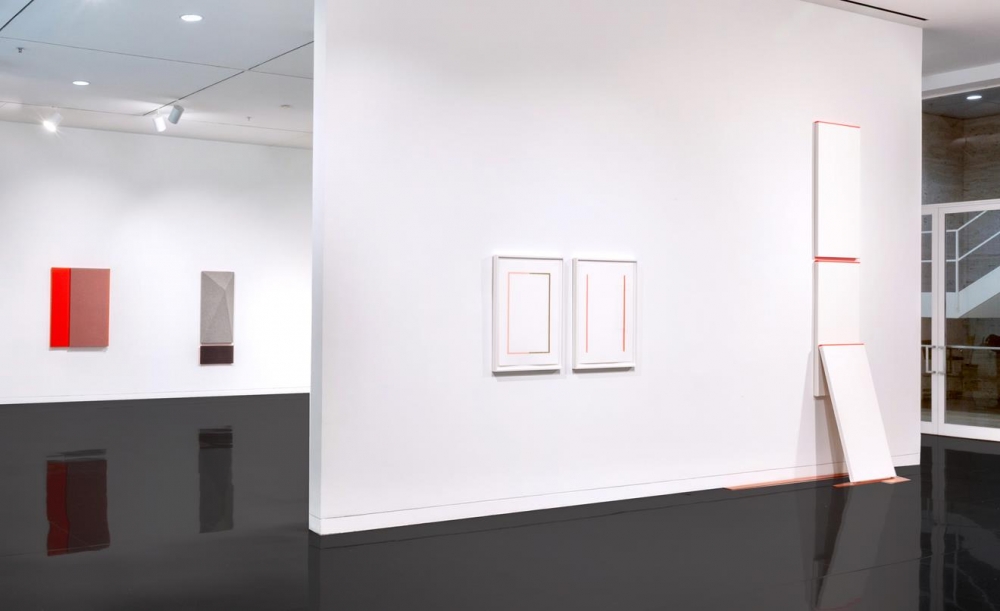 Lingering at the intersection of music theory, painting, and sound, Jennie C. Jones presents a new body of work prompted by the concept of “constant structure”—a term borrowed from Modern jazz composition. It refers to a consecutive chord progression with different root notes that links disparate tones into a cohesive entity. Like the intervals of jazz then, Jones’s new acoustic panel paintings, works on paper, and site-specific gestures, hit moments of dissonance and harmony through serial repetition and variation. Jones has made her mark since the 1990s by bringing the specifics of African American music history to bear upon the legacy of geometric abstraction and minimalist form. The works included here depart from the characteristic muted gray palette of the last decade, and instead draw upon a range of hues made available by a specialty acoustic textile manufacturer. Working with a set of given materials and colors, Jones frees her forms to address poetic ideas about a personal version of Synesthesia—the melding of vision and hearing.