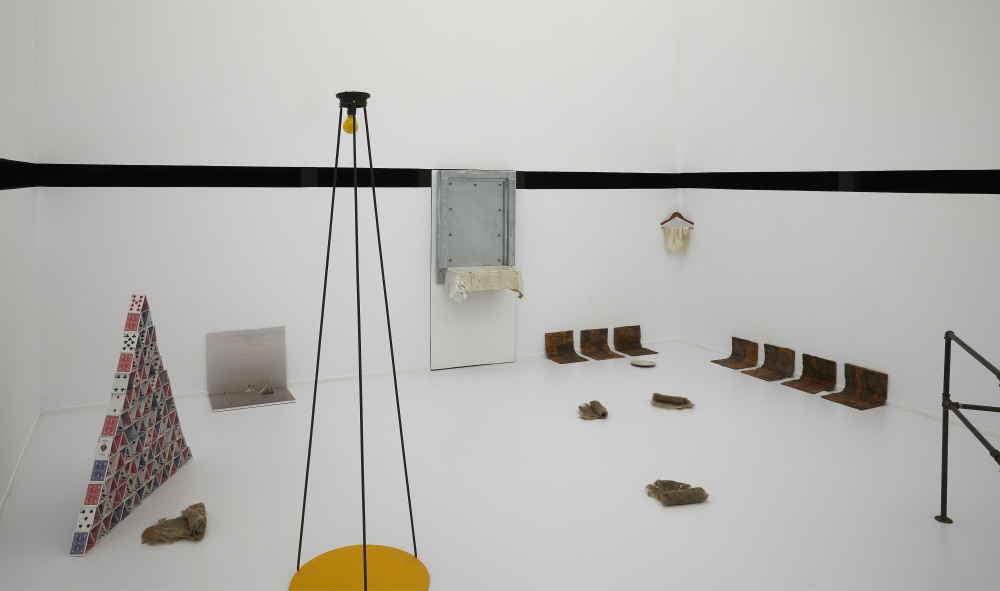 This retrospective offers a global, contextualized view of Luis Camnitzer’s multi-faceted work, spanning nearly sixty years. As an essayist, art critic, curator, teacher, lecturer and a creator of objects, actions, and musical compositions, Camnitzer focuses on art’s transformative capacity, viewing it essentially as a product of reflection. His practice, whether it be artistic, or through his essays or teaching, is defined by its approach to the controversial issues of our times: the criticism of art-commodity, the demystification, and obsolescence of the role of the artist in consumer society, the strategies power uses to impose its logic and perpetuate its control, or the capacity of neoliberal societies to turn education into an instrument of propaganda and thus render it irrelevant, all through the signifying role of language, with its ambiguities and arbitrariness, and images’ power to evoke. With these tools, Camnitzer seeks to awaken the active participation of the viewer and their involvement in the artistic process.

The show is structured around three stages in the artist’s development: the first reflects on ‘Camnitzer’s conceptualism’ specifically, which takes as its point of departure the dematerialisation of the art object, yet in contrast to classical conceptualism, inasmuch as it does not linger on self-reference or the autonomy of art, encompassing instead political and social reality. In the 1960s he produced Mail Art pieces, such as Adhesive Labels (1966) and Envelopes (1967), and later others like Autorretratos/Selfportraits (1968–1969) or the installation The Living Room (1969), in which wall and floor objects are represented via linguistic descriptions, blending into the reduced space of a room, into the borders between the visual and textual.

The second stage is the natural outcome of the first, but with more expository and evocative works, where visual elements carry more weight; works which could be classified under the epigraph ‘political art’. Although this trend began in the 1970s with Leftovers (1970), it wasn’t until the 1980s and 1990s that Camnitzer produced his higher-impact political works, for instance, The Uruguayan Torture Series (1982), Los San Patricios (1992) and El Mirador (1996).

The third and final stage of the exhibition spotlights Camnitzer’s most recent output, and its awareness of widespread political failure resulting from the rise of the neoliberal system and above all the defence of an art which must work in total unison with education, understood as learning, speculation, questioning, defiance, discovery and a collective task to aid knowledge. This ideology is present in the series Insults (2009) and The Assignment Book (2011), or in large-scale installations Lección de Historia del arte, Lesson Nº 1 (2000) and El aula (2005).

The work Failed Utopias, included in this section, gives the exhibition its name, at the express wish of the artist. Chiming with his usual irony, Camnitzer alludes to the ‘dark’ history of the Sabatini Building as a hospital and as a place for ‘lunatics, or the insane’. The retrospective also constitutes a time frame of Camnitzer’s utopia, which he defines as “a process through which one seeks perfection, where perfection, like a mirage, constantly grows distant at the same speed one believes oneself to be nearing it. Something similar to the revolution in the revolution”.

Born in Lübeck (Germany) and raised in Uruguay, Luis Camnitzer moved to New York in the 1960s, where he focused on his art, essays and teaching work. He is currently professor emeritus at the State University of New York. Camnitzer regards himself as a Latin American artist exiled in the contemporary art capital and is unquestionably a key figure in the development of twentieth-century Conceptualism.