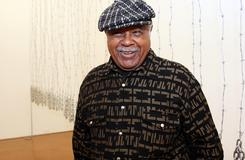 The New York African Film Festival is a showcase of works that speak to the realities of Africa and the Diaspora. Through the exhibition of works by filmmakers and other visual and performing artists, as well as presentations by critics, scholars and master chefs, festivalgoers will witness the reinvention of Africa through the movement of its people across the globe.

The Film Society of Lincoln Center celebrates American and international cinema, to recognize and support new filmmakers, and to enhance awareness, accessibility and understanding of the art among a broad and diverse film going audience.