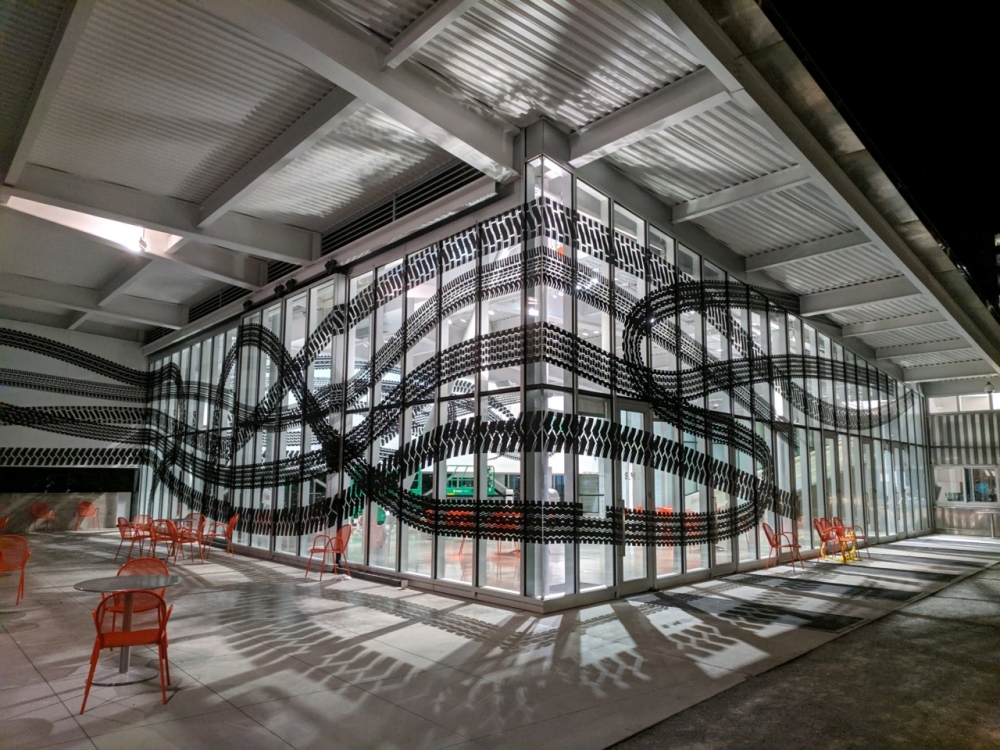 Regina Silveira’s mind-bending temporary interventions have an almost surreal flare that alter our perceptions of our physical environment. Ranging from shadows cast on a wall to footprints or large-scale insects taking over the entirety of a space, Silveira has become known for her installations of “magnetized space” which examine the ways superimposed images change the meaning of an existing architecture or space. “The political,” she says, “resides in the assault on perception, in the level of transformation that can be brought about by grafting something into a given space in a way that magically changes its relationship with the real; altering the experience and understanding of the space.”

For her installation at the Olympic Sculpture Park, Octopus Wrap, Silveira will wrap the PACCAR Pavilion in an elaborate pattern of tire tracks, taking off from five toy motorcycles positioned on the interior mural wall. Drawing inspiration from the park’s location at the intersection of several busy thoroughfares, this will be the latest architectural installation that the artist has realized around the world.

Silveira (b. 1939) is a celebrated artist who lives and works in Sao Paulo, Brazil.