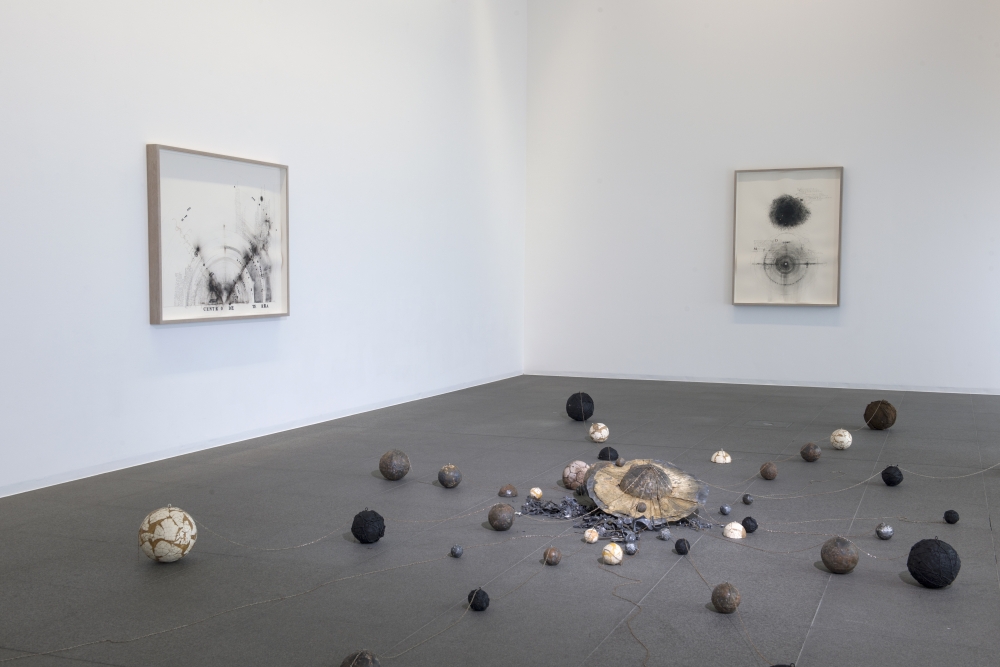 Bringing together a dozen contemporary artists from different horizons, Les Abeilles de l'Invisible examines the theme of transformation from visible into invisible through intuitive, mystical thought.

Defined in philosophy as “spiritual sympathy” which transports us inside things, the intuitive view differs from traditional perspective in that it involves not standing facing the world, but being within it. By adopting such a contrasting stance, these artists not so much create their works as “discover” them, in the archeological sense of the term.

Taken from a letter in which the poet Rainer Maria Rilke compared his work to that of bees, the show’s title refers to this striking image of the studio as a “hive”, a hermetic, private, space for creation.

Inspired by Chambre des pensées (Thought Room), a sculpture-habitat by Thierry De Cordier which evokes, according to one’s imagination, a skull, a stomach, a jardiniere or even the poet’s hive, the path of the exhibition connects the mental spaces of the various artists who, like Ricardo Brey, Jean-Marie Bytebier, Fabrice Samyn, Sarkis, Daniel Turner, José María Sicilia, Maurice Blaussyld and others, make up this universal community of Les Abeilles de l'Invisible.