Oil on canvas in two parts 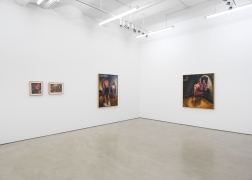 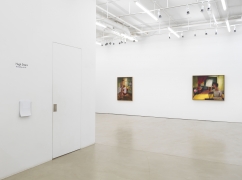 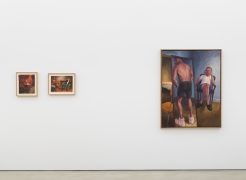 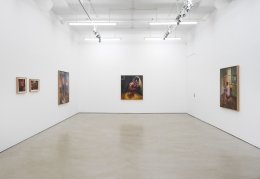 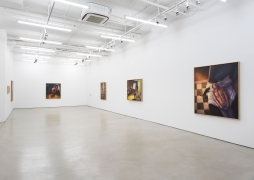 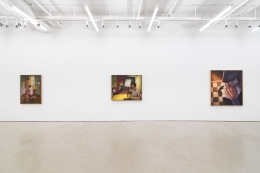 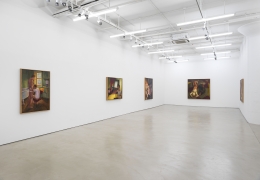 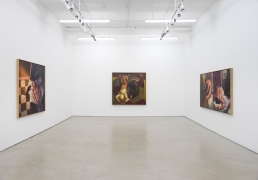 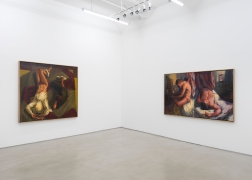 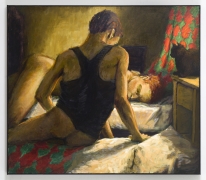 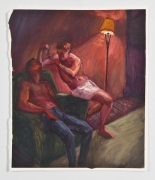 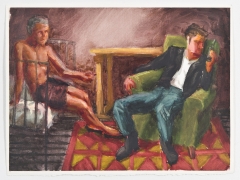 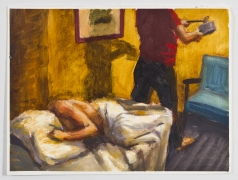 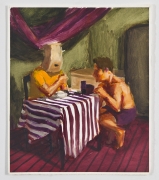 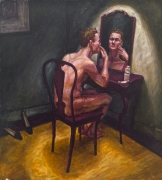 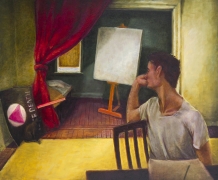 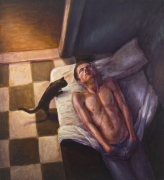 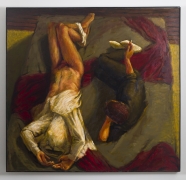 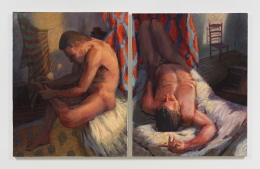 Alexander Gray Associates presented its third exhibition of work by Hugh Steers (b.1962—d.1995), The Nullities of Life. Before his death at 32 from AIDS related complications, Steers created allegorical images that captured the emotional and political tenor of New York in the late 1980s and early 1990s. Embracing representational painting and figuration at a time when such approaches were deemed unfashionable, his intimate compositions are poignant symbols of life under the specter of AIDS. Featuring a selection of paintings and works on paper, the show highlights Steers’ interest in capturing what he once described as “my ‘nullities of life,’” seemingly insignificant moments rendered extraordinary through luminous color and light and evocative forms.

Steers first came across this phrase in a 1990 review of a biography of Vincent van Gogh in The New York Times Book Review. Enclosing the article in a letter to a friend, he wrote that the description was “a complete articulation of what I at least think I’m trying to do.” His cooption of the term to describe his own paintings reveals the impact of figures like van Gogh—as well as Pierre Bonnard, El Greco, and Edward Hopper—on his practice. The direct influence of these artists is made explicit in works like Phones: Tribute to El Greco (1988), which depicts two male nudes in sumptuously rendered interiors whose bodies and surroundings evoke those of the Baroque painter.

Reveling in dazzling color, rich fabrics, and the quiet domesticity of daily life, Steers’ art communicates joy even in the face of despair, recalling his assertion that his work deals in “gorgeous bleakness.” At the same time, by painting everyday moments that are imbued with a disconcerting charge, his scenes invite ambiguous narratives of mortality, defiance, and compassion. These themes are omnipresent in Mr. Coffee (1993), which portrays a seated man loosely embracing a standing figure in a sparse kitchen. For Steers, such subject matter reflected his own desires. As he explained, “I would like to be able to act or have someone care about me the way some of the people in my paintings act or care about each other. It’s as if painting it will make it become real.”

Transforming mundane moments and prosaic spaces into tableaus suffused with longing, loneliness, fear, and eroticism, Steers’ paintings inhabit a melancholy architecture of intense emotion. As he wrote, “I think I’m in the tradition of a certain kind of American artist … Edward Hopper, Jackson Pollock, Franz Kline … They found beauty in the most brutal forms. I think that’s what characterizes America … that soft glow of brutality.” Capturing the “soft glow of brutality,” his images—sensuous and unsettling—gain new resonance in a contemporary art landscape informed by a return to figuration and a critical reappraisal of art from the 1980s and early 1990s. 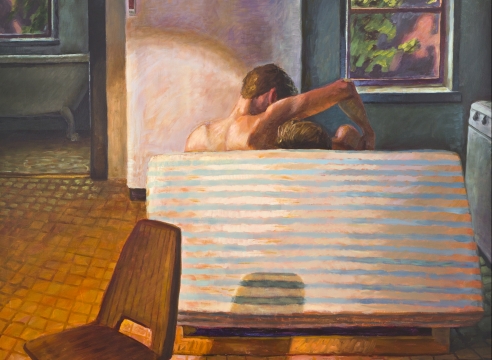