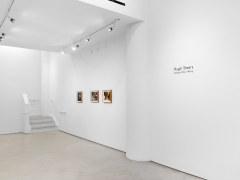 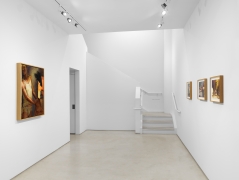 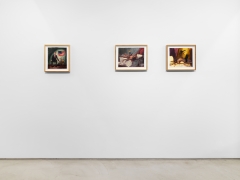 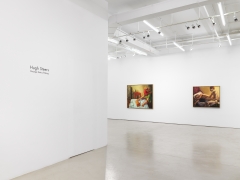 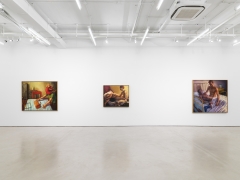 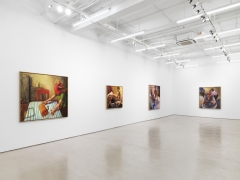 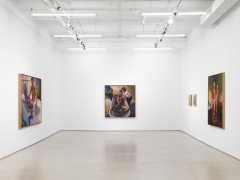 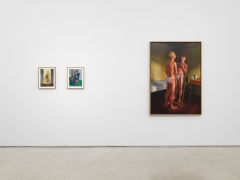 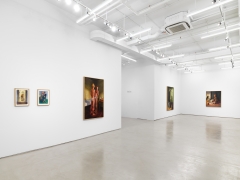 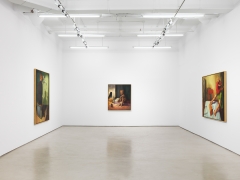 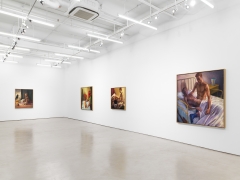 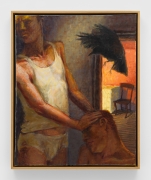 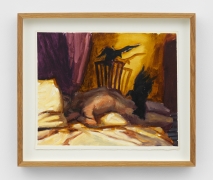 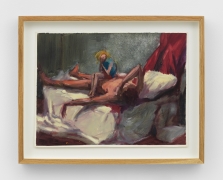 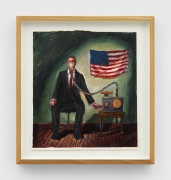 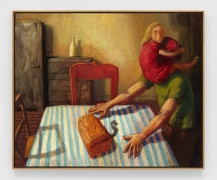 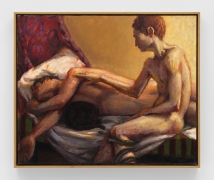 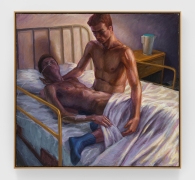 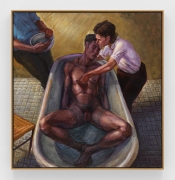 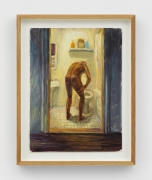 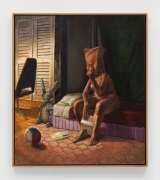 Alexander Gray Associates, New York presents Strange State of Being, an exhibition of paintings and works on paper by Hugh Steers (1962–1995). A figurative painter, the artist was diagnosed with HIV in 1987, ultimately succumbing to AIDS-related complications in 1995 at the age of 32. The Gallery’s show takes its title from a 1994 quote by the artist, “There seems to be a buzz. … I’m in such a strange state of being, and nothing’s ever going to be the same.” Reflective of his state, Steers’s compositions, enigmatic scenes of sickness and tenderness, unflinchingly bear witness to the true cost of the AIDS epidemic while speaking to our present health crisis and political fragility.

Works like Two Men and a Woman (1992) and Hospital Bed (1993) capture the vicissitudes of disease. Transforming these intimate scenes into melancholic tableaux, Steers’s men and women inhabit worlds suffused with love and potential loss. “In a real way those characters were Hugh’s constant companions,” the artist’s friend Julie Heffernan explains. “Avatars of love and friendship that every one of us needs in order to survive day-to-day.” These anonymous figures reveal Steers’s hunger for companionship as he navigated a society wracked by AIDS.

Other paintings and works on paper depict the sociopolitical impact of the epidemic. Official Letter (1990) features a woman wearing a bag over her head. Through its reference to hooding, the composition draws parallels between an execution and a positive HIV diagnosis. At the same time, it metaphorically references the US government’s refusal to acknowledge the full devastation of the AIDS crisis—a willful blindness that parallels the initial national response to Covid-19. Similarly critical of American leadership, additional works by the artist employ megaphones, gas masks, and US flags to underscore the lack of a timely response to the epidemic.

In contrast to these overt critiques, the majority of Steers’s compositions articulate his inner fears and desires as he made art under the specter of the virus. Highlighting the influence of the Western canon on his practice, a series of images, including Girl in Blue and Red (1987), feature an imp-like child whose eerie presence recalls that of the creature from Henry Fuseli’s The Nightmare (1781). In Gold Box (1988), Steers presents this being blinding a man as a snake slithers from an open box. Referencing the myth of Pandora, who released sickness into the world, this menacing painting—created one year after the artist tested positive for HIV—expresses his despair at the diagnosis. Similarly ominous, additional canvases from this period also contain snakes, as well as harbingers of death like crows.

Despite these portents, while indelibly shaped by the AIDS crisis, Steers’s work always rises above its grim realities. As the writer Justin Spring suggests, at the core of the artist’s oeuvre is “… a lingering desire for something transcendent.” Searching for transcendence in the midst of the epidemic, Steers’s paintings gain new resonance in 2021. Their imagery, limned by what the artist once described as the “soft glow of brutality,” anticipates the isolation, loss, and uncertainty of the Covid-19 pandemic. 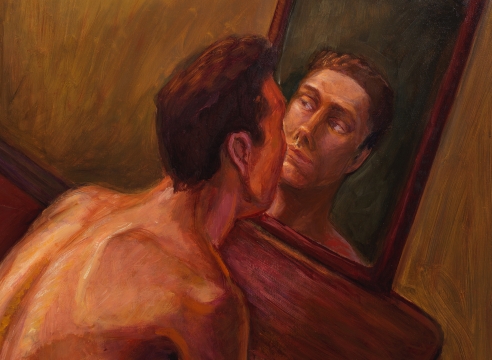