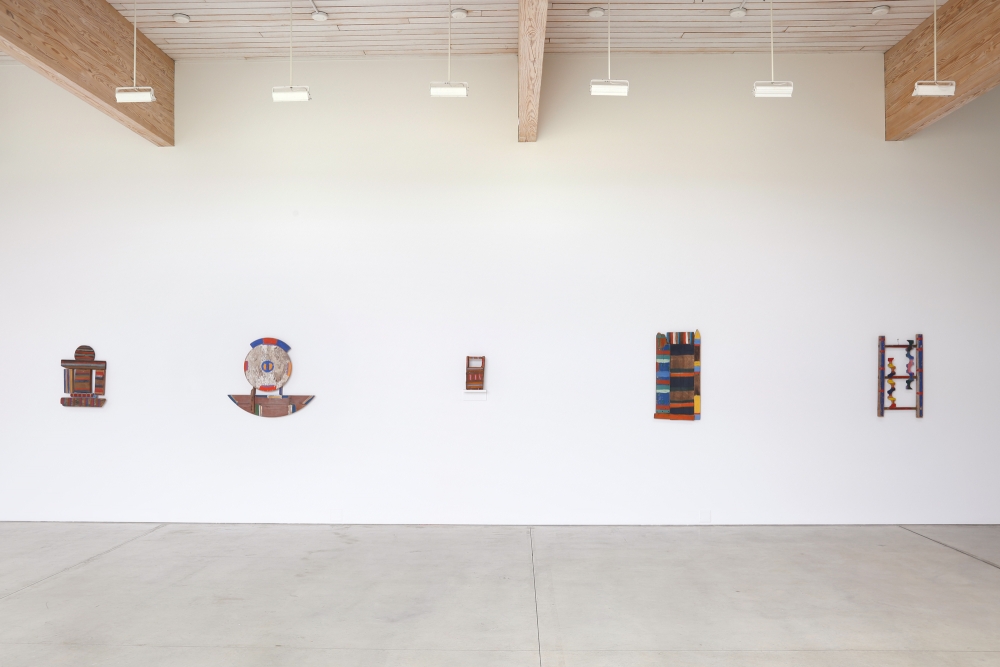 Known to many as a champion of abstract expressionists like Jackson Pollock, Mark Rothko, and Barnett Newman, Betty Parsons was the founder and driving force behind the Betty Parsons Gallery, which she opened in 1946, and which played a pivotal role in the history of modernism. Yet Parsons herself was also an artist, and she maintained a rigorous studio practice throughout her long life. Having trained in Paris in sculpture and painting in the 1920s, Parsons’ earliest paintings were largely based in realism. Only after opening her gallery did she turn towards the abstraction which characterizes the work on view at Art Omi. While clearly influenced by the titans of abstraction whose careers she often launched, Parsons’ other interests included ancient and ethnographic arts, as well as mystical and non-Western spiritual practices, traces of which reverberate through her work. “Parsons’ paintings handily evade derivativeness,” said Roberta Smith in The New York Times. “She had a wonderful, implicitly humorous touch that loosened up her borrowings.”

The work on view at Art Omi ranges from 1957 through 1982, and depicts Parsons’ ongoing investigation of landscape as explored through a range of approaches to abstraction. Also included in this exhibition are some of Parsons’ painted driftwood constructions, created from beach refuse she collected during walks near her house on Long Island. Parsons’ sculptural work “evok[es] both the outside weather of nature and a feeling of social context and history,” said David Frankel in Artforum.

In 1956, Betty Parsons Gallery notably became the first in New York to exhibit the work of Ellsworth Kelly. She eventually turned her attention to a younger generation of artists including Agnes Martin, Jasper Johns, Jack Youngerman, and others. She continued to run the gallery with her assistant Jack Tilton until her death in 1982.