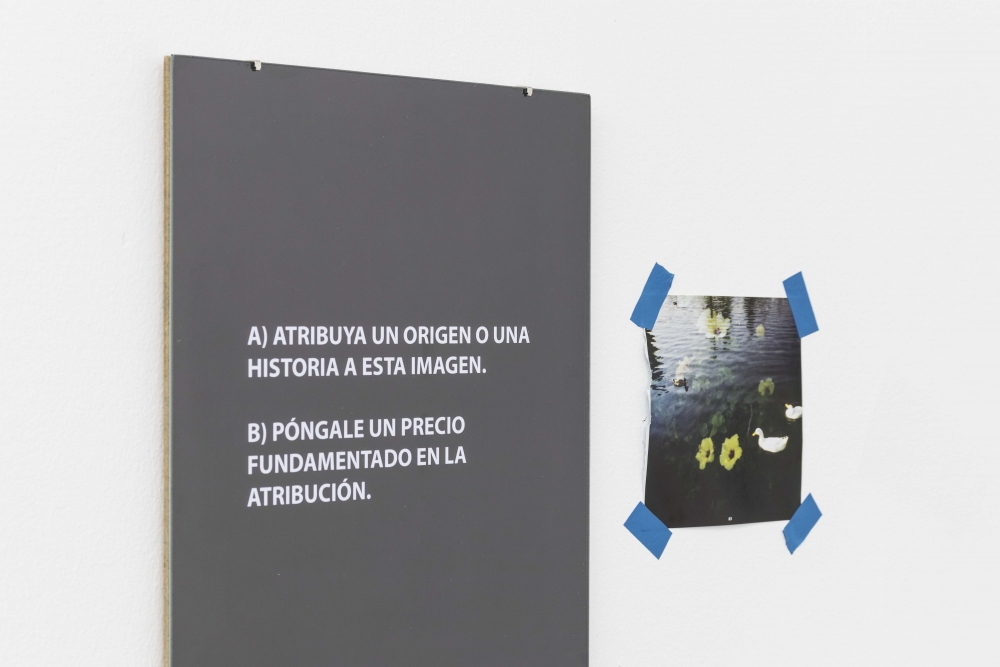 “Knowledge is power, and power is not always distributed democratically or ethically. If the equitable distribution of power can be done by art, in this case it becomes a balancing tool in the distribution of power. HANGAR is proud to present the first exhibition of Uruguayan artist Luis Camnitzer in Portugal. “Cuaderno de ejercicios” is a project in which the public is invited to participate, to opine, to intervene critically not only in a recommendation book, but instead in the artist’s own installation. During the exhibition, a series of participatory service activities will activate the space as a place for reflection on the possibilities of art and language as tools of possibilities for creating new orders, but also as a means to critically question the foundation of the structures that govern our daily life. Luis Camnitzer is an artist, thinker and educator whose enormous influence has been felt among artists, theorists and curators. The impact of his work is only matched by the importance of his writings in the context of Conceptual Art.

Born in 1937 in Germany, he emigrated to Uruguay at 14 months of age and has lived in New York since 1964. Emeritus Professor at New York State University was also a curator for emerging artists at the Drawing Center between 1999 and 2006. As a curator, it stands out the exhibition “Global Conceptualism: Points of Origin 1950s-1980s” organized by the Queens Museum of Art in together with Jane Farren and Rachel Weiss – an exhibition that aimed to tell a more inclusive and counter-hegemonic story of the birth and development of conceptualism throughout the globe. Among his numerous publications, he highlights “Conceptualism in Latin American Art: Dialectics of Liberation” by the University of Texas Press in 2007, where he demonstrates the political scope of the contribution of conceptualist art from Latin America while questioning the separation between art and politics, using the extreme example of including the guerrilla actions of the Tupamaro group in Uruguay within its proto-conceptualist model.”