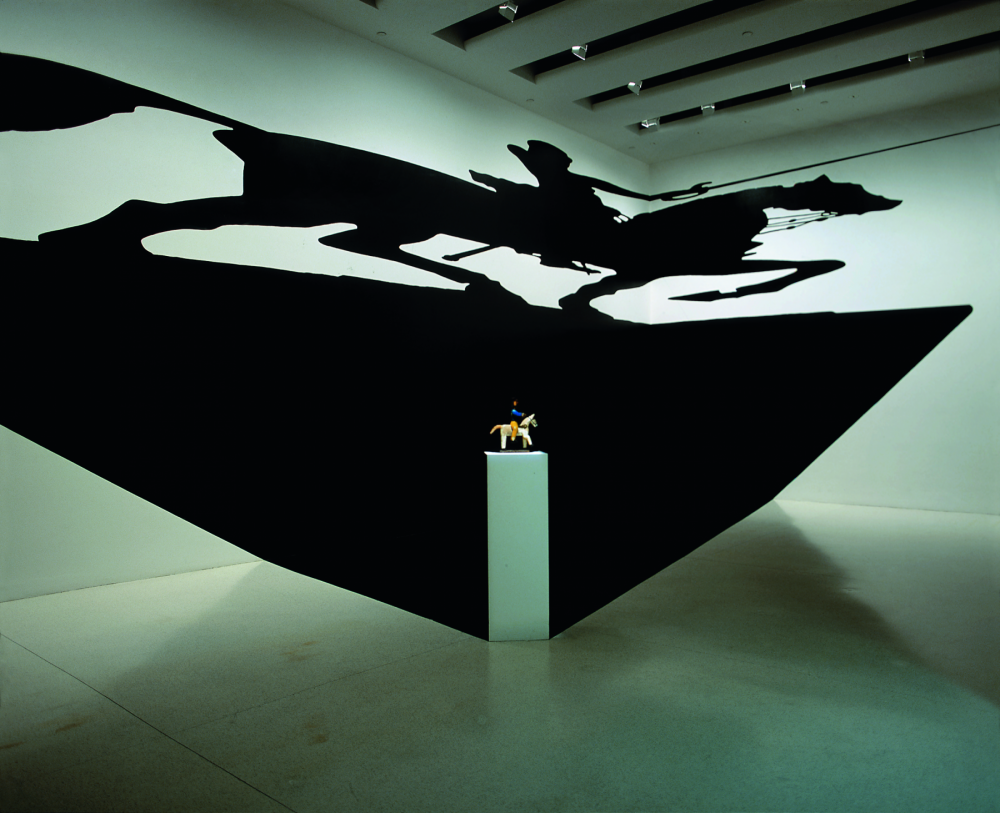 "What can you serve an art institution in a country like Brazil, today, in 2018? Although this does not come directly to the eyes of visitors, this is a question that the Tomie Ohtake Institute teams face on a daily basis in dealing with the responsibilities intrinsic to the work developed. The answers to this are many and one of them goes through the ongoing review of the history of art within the broader history of society, believing that both can appear in a renewed way when put into tension. "

From this reflection, marked by the Institute Tomie Ohtake, is born AI-5 50 YEARS - It has not yet finished, an exhibition that seeks to discuss the costs of withdrawing democratic rights for the country's cultural imagery, in response to the 50th anniversary of the Institutional Act No. 5, marked by the aggravation of totalitarianism of the Brazilian civil-military dictatorship (1964-1985).

According to curator Paulo Miyada, the research centered on the production of visual arts of the period, with works, ideas, and initiatives that were born in tension with the prohibition of the political opinion itself, which became virtually criminalized by censorship and repression. In some cases, the collected works were forbidden, destroyed or remained hidden; in others, their circulation was seriously restrained and their modes of expression went through codifications and tactics of resistance.

As an exhibition-essay, AI-5 50 YEARS - It has not yet finished proposing a course that goes through various stages of restriction of democratic rights and highlights multiple attitudes of contestation, shouting and reflection. There is also space for texts and contextualization documents, as well as some commissioned works by younger artists, who knew the period through history.

According to Miyada, one of the contributions that art can offer even during the darkest arcs of human history is its ability to expand the field of what can be said and felt before the limits and interdictions of language. "With this in mind, it is possible to consider that this exhibition is not only a memorial of silences and losses, but also of reinventions and resistances, with appeals that have been addressed to the society of that time and remain open to the citizens of today", complete the healer.

The exhibition is divided into six nuclei:

1. Censorship in the period of civil-military dictatorship face to face with the emergence of the idea of "opinion" in artistic production between 1964-1968. It presents examples of critical engagement of the artistic avant-gardes and the gradual intensification of silencing mechanisms that have archived from cases of moral censorship to explicit attacks on freedom of expression and criticism.
Highlights of this nucleus: Texts by Hélio Oiticica and works by Cybele Varela and Carlos Vergara, photos by Evandro Teixeira and unrealized project by Carmela Gross.


2. Criminalization of one's own opinion after AI-5 and transformation of artistic tendencies that, with the intensification of strategies of repression, reached their point of maximum tension between 1968 and 1970. It discusses how artists who actively integrated the transformation of Brazilian art in the second half of the 1960s produced border, radical and contentious works, often close to (or inside) episodes of arrest, exile, torture, and coercion.
Highlights of this nucleus: Testimony of Gilberto Gil, works and testimonies of Claudio Tozzi and Carlos ZIlio, testimony of José Carlos Dias, works by Antonio Henrique Amaral and Anna Bella Geiger, works and unpublished notebook by Antonio Dias.


3. Production of the so-called "guerrilla generation," which gained space in Brazilian art between 1969 and 1970 and constantly emulated in its creative tactical processes of infiltration, resistance and indistinction typical of urban guerrilla movements. It is also a production that sought to occupy spaces on the edges or outside the institutional artistic circuit, in addition to reacting to censorship attempts and / or formal framing of its propositions.
Highlights of this nucleus: Works by Antonio Manuel, Artur Barrio and Cildo Meireles. Contrast and contrast: Carlos Pasquetti, Regina Vater and Nelson Leirner.


4. Art in the 1970's and search for resources for freedom and criticism in an authoritarian country. Survey of ways despite the interdicts, which went through the libidinous and ludic content of the production called "marginal"; by the formation of underground distribution circuits, such as cineclubes and mail art networks; and by experimentation of linguistic models with high degree of codification and conceptual development.
Highlights of this nucleus: Works by Wlademir Dias-Pino, Paulo Bruscky, Regina Silveira, Regina Vater and films by José Agrippino de Paula and Ivan Cardoso.


5. Criticisms of the development of the country ideal promoted by the dictatorship. Selection of works that point to resistance to nationalistic optimism driven by the rhetoric of occupation of the Amazon, megalomaniacal and inconsistent with ecological reflections and the rights of indigenous populations.
Highlights of this nucleus: Works and books by Claudia Andujar, work by Cildo Meireles and film by Jorge Bodanzky.


6. Reflection on the institutional crisis that reached the process of "democratic openness", applied to the case of artistic institutions, like many other areas, did not go through a careful and extensive process of reconstruction and revision of its premises with the end of dictatorship in the 1980s.